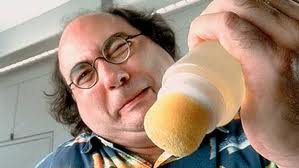 Most of the “suspense” in Haiku Tunnel hinges on whether or not newly hired secretary Josh (Josh Kornbluth) will manage to mail 17 important letters for his boss.  What was probably once a perfectly amusing cocktail party anecdote has somehow made its way to the big screen, losing most of its punch along the way.

Kornbluth co-wrote the script with his brother, Jacob, who directs.   According to a statement by the director, the pair decided to focus their story on the terrifying decision nearly all temp workers eventually face:  the decision to “go perm.”  While that may have been the brothers’ original intent, it’s definitely not what the movie is about – Josh decides to go “perm” within the first 20 minutes of the movie after only the slightest deliberation.  No, Haiku Tunnel really, truly is just about a guy trying to mail some letters.

The film’s biggest problem is that the brothers were unable to successfully adapt the material from its original source as a one-man stage show.  HaikuTunnel  began as a comic monologue about the indignities of temping in which the real Josh incorporated his day-to-day work experiences.  But, in transferring the show to film, the Kornbluths didn’t truly adapt the text.  It can be done (see Hedwig and the Angry Inch for proof), but here, the result is a monologue disguised – unsuccessfully – as a movie. Frequently, Josh speaks directly to the camera to convey the story, and director Jacob relies heavily on voice-over narration to fill in whatever he didn’t bother to show onscreen.  It’s like hearing a tale that’s been told so many times that key points have been left out; viewers have to take Josh’s word for too many things that are never demonstrated onscreen.

And yet, there are some genuine chuckles scattered throughout.  Clearly, Josh knows the world of temps from top to bottom, so several scenes perfectly capture the inanities of the corporate environment. In one particularly funny moment, Josh explains his tardiness to his supervisor by simply telling her he has “vague personal problems.”

There’s a lot that could be said about the lives of temporary workers.  It’s too bad the brothers Kornbluth didn’t remain true to their original intentions.  All in all, Haiku Tunnel is harmless, but ultimately charmless.  So does he mail the letters or not?  If this doesn’t sound like enough to keep you interested, you won’t really care what’s at the end of Haiku Tunnel.