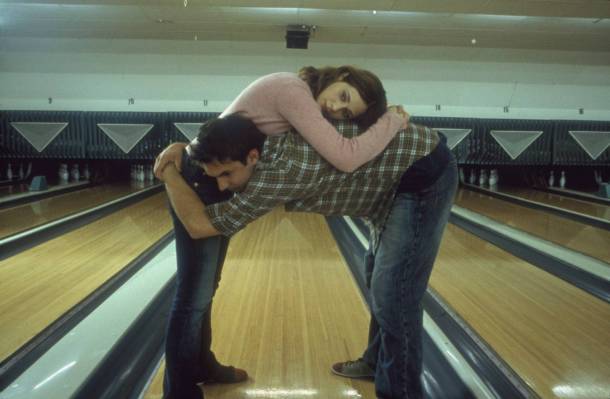 Unfolding in languid, espisodic scenes that feel startlingly real, this poignant film examines the thrill of first love and the tangle of emotions that often accompany it. At the center of the story is 22-year-old Paul (Paul Schneider), an unambitious mechanic in a small rural town whose pattern of casual sexual conquests is disrupted when he falls for Noel (Zooey Deschanel). Suddenly aware how his actions have hurt women in the past, he struggles to ensure it doesn’t happen with his newest girlfriend. Even harder, he attempts to prove to his skeptical friends and family that, for once, his feelings are genuine. It’s not surprising this film won a Special Prize for Emotional Truth at this year’s Sundance Film Festival; by eschewing typical love story clichés, it offers an excruciatingly authentic portrait of a very complex emotion.