“With a better director, The Chateau might have been a better film. As it is, watching old home movies may well be more entertaining. They’d certainly be better produced.” 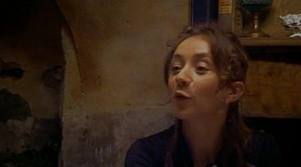 A sort of cinematic paradox, The Chateau represents, to a degree, everything that’s good and bad with independent filmmaking in the age of digital video. On one hand, it boasts a cast of talented actors and possesses an enthusiastic “let’s make a movie” spirit that’s hard to rebuke. On the other, it’s a total mess, technically and artistically, making it much, much easier to criticize.

The plot concerns two brothers, Graham (Paul Rudd), an earnest oaf, and Rex (Romany Malco), a fast-talking entrepreneur, who discover they’ve inherited a chateau in the south of France from a distant uncle they never knew. Upon arriving to claim the mansion, they realize it’s a decrepit money pit. Worse, the staff of the house, ever faithful to their deceased employer, resents the appearance of the brothers and refuses to vacate the premises. Soon, the two sides are battling to wrest control of the property, resulting in an occasionally funny clash of cultures.

To this promising setup, writer/director Jesse Peretz adds a secondary conflict, this one between the brothers themselves. For reasons unknown, Graham is white while Rex is black (it’s quickly mentioned early on that Rex was adopted).  There seems to be no real purpose for the gimmick, other than to wring a few easy laughs from the “stupid white boy/cool black guy” setup and to allow Malco to engage in some funky homeboy antics.

But the movie suffers from its politically-correct casting. Early on, the brothers appear to be newly acquainted. That’s not the case, but there’s no sense of fraternal familiarity between the two, a problem exacerbated by their physical differences. Later, when both brothers fall for the housemaid, what could have been a chance to explore the roots of their sibling rivalry is reduced to an inane competition between a goofy cracker and a smooth-talking playa.

However, casting is actually the least of the movie’s problems. The real trouble can be blamed on the entire DV movement itself. With digital video, it’s easy to grab some equipment, throw some actors together, and make a movie. As a result, more and more amateurs are drawn to the format, with varying degrees of success. In the best cases, artistic vision and talent combine to produce outstanding cinema like The Celebration, Dancer in the Dark and The Anniversary Party.  But these are rare examples; most DV movies range from merely bad to completely unwatchable (anyone remember Julian Donkey-Boy?)

In a display of bravado typical of semi-talented upstarts, Peretz compares his film to Thomas Vinterberg’s The Celebration. Both films assemble a group of diverse characters under one roof, then adopt a wait-and-see approach to what happens. And both follow, to a degree, the guidelines set forth in the Dogme 95 manifesto, a sort of indie-filmmaking Ten Commandments that requires (among other things) hand held cameras, natural lighting and lack of artifice. But the similarity ends there; where The Celebration was a well-crafted drama, The Chateau is a sloppy debacle, with substandard production values and a story that peters out about a third of the way in.

Unfortunately, that’s typical of most DV features; lack of directing experience directly translates to what ends up onscreen. By its very nature, DV affords the opportunity to experiment and improvise, and in the wrong hands, this can be a recipe for disaster. Peretz, known primarily as the director of a couple of Foo Fighters videos and for his role as former bass player of alterna-rock band The Lemonheads, simply doesn’t have the directing chops required (or even a complete script, for that matter). As a result, The Chateau feels unrehearsed and unfocused.

The Chateau also suffers, as many DV features do, from a literal lack of focus. Much of the action takes place at night or in the dark environs of the house; consequently, most of the film is as snowy as broadcast television without an antenna.  On top of this, hand-held camera shots – requisite for inexperienced filmmakers striving for an “arty” approach – jiggle and shake, zoom and pan, ensuring that much of the time, what’s onscreen isn’t necessarily the primary action.

With this much distraction, it doesn’t matter how amusing the indignant servants are, or how perfectly Rudd slaughters the French language. With a better director, The Chateau might have been a better film. As it is, watching old home movies may well be more entertaining. They’d certainly be better produced.

Michael Rucker writes about film for HX and Empire magazines, and is a regular contributor to Gay City News.