“If Baz Luhrman made a documentary, it would look an awful lot like The Kid Stays in the Picture…” 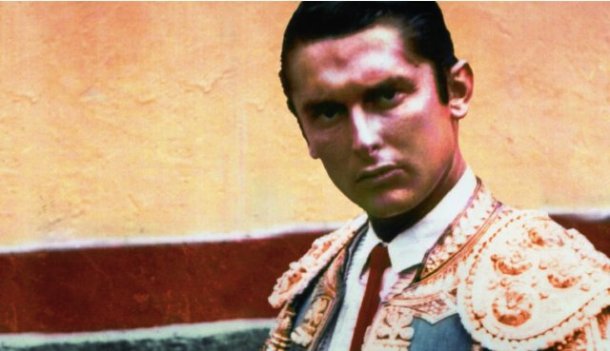 If Baz Lurhmann made a documentary, it would look an awful lot like The Kid Stays in the Picture. That said, even if you’re not a fan of documentaries, even if you’ve never heard of Robert Evans (on whose autobiography the film is based), do yourself a favor and don’t miss this incredible film.  A mesmerizing, candy-colored treat for the eyes as well as the imagination, The Kid Stays in the Picture dazzles with astounding imagery that perfectly matches an equally entrancing story.

Narrated as a sort of Hollywood fairy tale in a gravelly baritone by Evans himself, The Kid Stays in the Picture tells the astonishing tale of Evans’ rise from co-founder of a women’s sportswear company to Hollywood titan. Plucked from obscurity in 1956 by screen legend Norma Shearer, Evans became a short-lived matinee idol before realizing that the real power was behind the scenes. Incredibly, at age 34 and without a single producing credit, he landed a job as chief of production at Paramount Pictures. During his tenure, from 1966-77, Evans transformed Paramount from Hollywood underdog to the industry’s top studio. Young, handsome, and incredibly gutsy, he made risky films that would eventually become classics: Rosemary’s Baby, The Godfather, Love Story, Harold and Maude, Serpico and Chinatown, among countless others.

Of course, no Hollywood tale would be complete without a descent into depravity, and fans of True Hollywood Story or Behind the Music will certainly take pleasure in hearing the sordid details of Evans’ eventual downfall. In every aspect, The Kid Stays in the Picture is far superior to TV’s popular biographies, thanks in no small part to its spectacular visuals, including computer-enhanced photos tinted and composed into surreal, pulsing 3-D collages, and Evans’ excellent first-person narration, full of twisted clichés and quirky turns-of-phrase.

At a time when every new face is deemed worthy of a Biography or Celebrity Profile, Evans stands heads above the rest as someone truly deserving of having his story heard. In addition to his phenomenal success as a studio chief, he dated the world’s most glamorous women, including Ali MacGraw (to whom he was married), Ava Gardner, Lana Turner, Raquel Welch, Cheryl Tiegs and Kathleen Turner. His best friends included Jack Nicholson, Warren Beatty, Al Pacino and Henry Kissinger. He even wrote speeches for four presidents. With a genuinely fascinating anecdote about practically everyone, the film’s only flaw is that Evans doesn’t recount every single one of them.