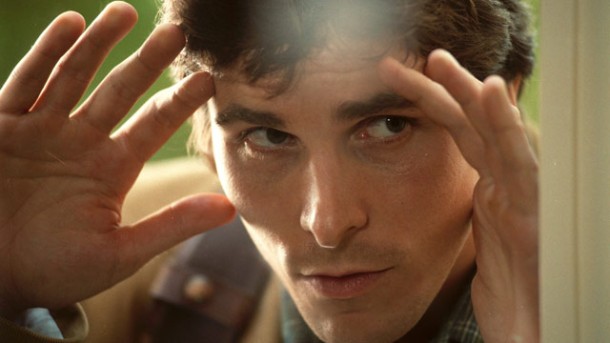 Writer-director Lisa Cholodenko’s Laurel Canyon is an intimate and gripping examination of mothers and sons, lovers and friends that fully delivers on the artistic promise put forth by her debut feature, the equally compelling High Art. As before, Cholodenko has created a palpably dreamlike setting in which to tell her story (a talent she has also put to use directing episodes of HBO’s Six Feet Under). And once again, she focuses on characters whose frustrations, curiosities and desires eventually lead to a slew of morally questionable choices and exceedingly reckless behavior.

The trouble starts when Sam (Christian Bale), an uptight medical student, and Alex (Kate Beckinsale), his ultra-conservative fiancée, move from Boston to Los Angeles. They arrange to stay at the home of Sam’s mother, Jane (Frances McDormand), a charismatic, albeit emotionally immature, record producer. Although Jane’s supposed to be on tour promoting her latest album, she’s still at home when they arrive, putting the finishing touches on the record with her much-younger boyfriend Ian (Alessandro Nivola) and his remarkably Coldplay-esque band. This is highly problematic for Sam, who scorns his mother’s unstable rock-n-roll lifestyle, but Alex quickly falls under the spell of Jane’s captivating, carpe diem attitude, setting the stage for all sorts of interesting indiscretions and infidelities.

It isn’t difficult to predict where the story is heading, but outstanding performances make each character’s journey compelling nonetheless. Among the truly exceptional cast, McDormand is the undisputed standout, proving yet again that she’s the indie Meryl Streep by disappearing as fully into her role here as she has in movies like Paradise Road, Lone Star, The Man Who Wasn’t There and Fargo. As she staggers around in leather pants and a faded concert T-shirt, beaming an unmistakably drug-induced smile, you’re never quite sure whether she’s going to proffer a bit of inexplicably profound wisdom, or simply flash her tits. Somehow, either way works just fine.